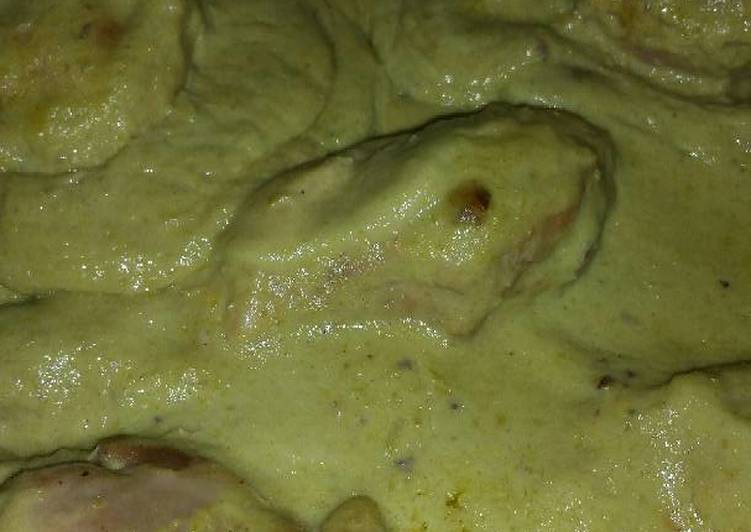 But the star of the entire lunch, in my not-so-humble opinion, was Pollo en Crema. There were raves around the room for this simple, homey dish created. Pollo a la Crema con Quelites, Chile Poblano Asado. This luxurious taco filling can just as easily be scooped onto tostadas.